When I left my full-time tech job as an engineering manager a year and a few months ago, I had crafted a lovely narrative on why I was going into coaching.

When people asked, I responded that I took the part of my job that was most rewarding, and decided to just do that. And in talking to many engineering managers, I also realized that people didn't have much support as they moved into management roles — and they were lonely. So I left to pursue a coaching business for engineering leaders, so that I could do the high-impact work of supporting engineering leaders across the industry, and have a much broader impact than at one company.

All this was true. But there was another part that I only confided in with close friends because it didn't seem to fit into this neat narrative of supportive coach. And that was that I was burnt out. The next logical step for me in my career would have been to find a startup with 10-20 engineers and join as VP/Head of Engineering, or apply for Director roles at larger companies, but I truly could not imagine what a company would have to say or do for me to enthusiastically sign on for at least two years of my life.

After 5 years at one company, I needed space to recover and think, and be alone, and write, and do all the things that didn't fit into my weekday schedule of commuting from East Bay to SF and back, and weekend schedule of keeping two small children alive and hopefully healthy.

So I went into coaching, thinking that I could get a few clients and make some moderate level of income while I re-calibrated and figured out what was next.

In October, I was sitting in a three-day coach training class, and one by one, each student was coached in front of the room about what they couldn't be with. When it was my turn, tears streamed down my face as I recounted a tech industry in which leaders didn't care about the humans who worked for them, and the injustice I saw as highly qualified women and minorities had to prove themselves over and over again while others floated around executive positions they were hardly qualified for.

“Anger,” the instructor said, “It seems like you can't be with that anger.” And so for an intense coaching session with another student, I was coached through this anger — I was held in this anger, I was standing up and yelling out profanities. “You all read the same books written by old white men that justify the type of leader you are,” I cried out. “You're ruining people's lives and you don't even care.”

In the hours that followed, what emerged was a profound sense of urgency for the work I was (and still am) doing with Edmond on Co Leadership. The tech industry needs this work more than ever. My role in it all shifted from burnt-out bystander on the sidelines waiting to see when she felt up to jumping back in the game, to someone who could significantly change the status quo of tech leadership so that those leaders would no longer be tolerated.

I slept a deep sleep, exhausted from this emotional outpouring. In the morning, to my surprise, something else emerged to stand by my newfound sense of urgency — and that was compassion. The leaders that had been the source of my anger are themselves products of an industry and funding environment that often rewards homogeneity and product thought leadership over humane workplaces. Many of them have never had good managers themselves, and have never received any feedback that their leadership and people management abilities are lacking.

The compassion that enveloped me surprised me, and I had to journey through anger the day before to get to it. To set myself up to have the impact I want Co Leadership to have on the tech industry, I needed to do my own processing and self-work to arrive at compassion.

Last week, I was on a coaching call with my coach Susannah, and we were re-working my life purpose statement, as my old one felt off. She started off by asking me, “What's the one thing that would be unbearable to you if it was unexpressed when you die?” I said that it would be unbearable to me if in my relationships to the people around me, I hadn't gone as deep or been as open as I wanted. I would feel deep regret on my deathbed.

She then led me through a series of questions — what was I drawn to as a child? Was I drawn to people who were alone or unconnected? I said I didn't remember. I had a happy childhood with friends and a sense of belonging. She tried out a few statements to see how they landed. We finally landed on one, and she asked me to stand up, and say it aloud.

“I am the fierce heart that breaks down walls preventing connection.”

In that moment, a memory of my childhood came rushing back to me. I was at a sleepover with some friends, and there was a new girl to our friend group in her sleeping bag right next to me. We had just finished playing Mario Kart, and were settling in for the night. She let out an audible fart and looked mortified. A second later, I let one out as well, and said “I can do that too!” We burst out in giggles.

I recounted this story to my coach Susannah, and tears came to my eyes again.

That's what I want to live and breathe in my life and work, and that's how I want to show up as a leader in the world. To build connections so that people feel seen and understand, to have compassion for people who are disconnected and build bridges so that they are seen.

The next day, Edmond and I set off on a 9 mile hike around Lake Chabot — a vision hike to clarify the “Why” behind Co Leadership. Why are we doing the work we're doing? As he shared his life purpose, and I shared mine, we spoke of our hopes and dreams for the tech industry. And we looked at the same question my coach had asked me the previous day, with respect to our work: “What would be unbearable to you if we didn't do with Co Leadership?”

For me, it came down to having significantly shifting the status quo and mindsets in the tech industry, and bridging the gap between where people are now, and the lives and careers they dream of. It will require breaking down walls — internal limiting beliefs, systemic biases, cultural norms. And it will require building bridges — to what's possible, to new opportunities, and to new mindsets and skillsets.

So far we've been building out leadership experiences and courses, but taking a step back and spending half a day hiking 9 miles kept us focused on why we're doing the work we're doing. My dream for Co Leadership is to be part of a movement to change the tech industry, so that people can safely show up as their authentic true selves.

Edmond and I can't do this work alone — we need your help as well. Together, we can work towards shaping the industry into one that we're proud to be members of.

At the end of every month, we run a retrospective. It's the single most important recurring conversation that we have. We always leave them feeling re-energized and re-motivated for our 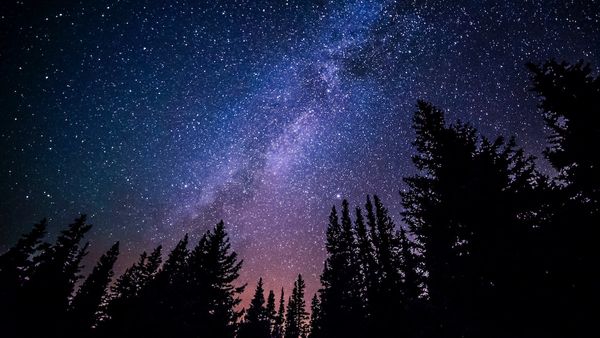 What makes some people excited to go to work every day while others can't wait for the work day to end? What determines whether you find deep fulfillment from your