I actually have a lot of inspirational quotes scattered around my apartment. This particular one is a reminder that the most powerful way to get what you want is to make what you want known.

That’s true in many areas in life, but it’s particularly true when it comes to designing and growing your career. The further you get along in your career, the more your strengths, passions, and impact will take you in directions outside of more standard, cookie-cutter paths.

You might be an engineer today, but you might want to be a manager, a startup founder, a CTO, a chef, a café owner, or something completely different in the future. In each case, the skills you want to be developing today to set you up for your future dream can be quite different.

Asking for what you want is how you design your path toward where you want to go. If you don’t ask, you’ll waste a lot of time waiting.

The Shortest Path to What You Want is Often Asking

The other day, I was chatting with a friend about her career trajectory. She was an individual contributor engineer at a well-known tech company and wanted to become a manager — as a stepping stone toward future dreams of working for herself or becoming an engineering leadership coach some day.

In her head, to be qualified to become a manager, she’d need to spend several months to a year getting more familiar with the codebase, building stronger relationships with her teammates, and finishing a few communication courses — all before she would be ready to even start a conversation with her manager about making a role transition.

That seemed like a very roundabout way to get toward the goal she wanted. Instead of connecting the two points of where she was and where she wanted to be with a straight line, she was drawing a very squiggly path between them.

“What if you just told your manager tomorrow that you wanted to become a manager and asked what would it take?” I asked her.

She proudly shared with me later that that’s exactly what she did the next day. And effectively immediately, she started taking on some interim manager responsibilities.

Sometimes, the shortest path to where you want to get in your career is to directly ask for the thing that you want, instead of dancing around it.

Even if the people around you have the best of intentions and if they want you to succeed, they’re not mind readers.

So why don’t we all ask for what we want more often then?

What Holds Us Back From Asking for What We Want

I grew up in a culture where saving face was very important. It’s a culture where people subtly hint at the things they want, wait for the other person to pick up on those hints, and then just hope that the desired offer comes back.

An Atlantic article describes this dynamic as an “asker” vs “guesser” culture. When you travel to a foreign country, for instance, and you know someone there, are you the type of person who will directly ask “Can you host me while I’m there?” or do you just try to hint for an offer?

Askers will make the direct request and not take it personally if people say no. Guessers will assume that it will be so painful for the other person to say no that they will either only indirectly hint — or, if they do ask, it’s because they’re extremely confident the answer will be a yes.

Guessing is a very slow and ineffective way to expend our energy — and it’s a big part of why a theme in many of our courses at Co Leadership is to make the implicit explicit, so that we take away the guesswork.

These fears are normal and common — they show up everywhere in coaching conversations and in the workshops and courses that we run. They also hold us back from reaching our full potential.

The good news is that asking for what you want is a muscle. Each time you consciously step into the fear and exercise your asking muscle — even if the answer is no — it gets stronger.

Will You Step Into the Fear and Ask for What You Want?

I remember a few years ago, when I was still working at Quip, I was starting to feel a little burned out and tired at work. The one career direction that I was feeling very excited about exploring was leadership coaching. But we were such a small team back then, and it felt hard to take energy away from work.

Finally, during a 1:1 with my manager, I made a tough but direct ask: “Could I spend 20% of my time investing in my coaching skills?” That might be taking coaching classes or even coaching engineering clients outside of the company. I shared that it’d be a short-term hit on productivity but a long-term investment in leadership on the team.

In my head, I was ready to even take a 20% pay cut to make this a reality. Fortunately, I never had to get there — my manager responded with “Of course!” and only asked that I directed half of that time investment in ways that benefited the team.

I walked out of that 1:1 feeling excited, re-energized, and bolder — I felt very supported in my career growth. That initial request to invest in my coaching skills also turned out to be the first step of a journey that led me to create the leadership development company I run today.

Having been a guesser much of my early life, asking is oftentimes still hard for me. My heart rate still goes up, and I still feel tension whenever I make a direct request for what I want.

But I also know that I’m ready to play bigger in my work and in life, and that the way to get there is by stepping through the fear of asking.

Are you ready to start asking for what you really want? 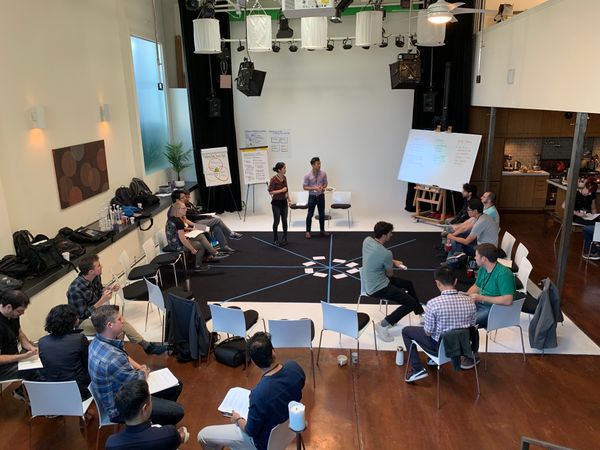 My heart rate picked up as I sat across from the brave volunteer who had raised his hand to be coached in front of the room. It felt like a 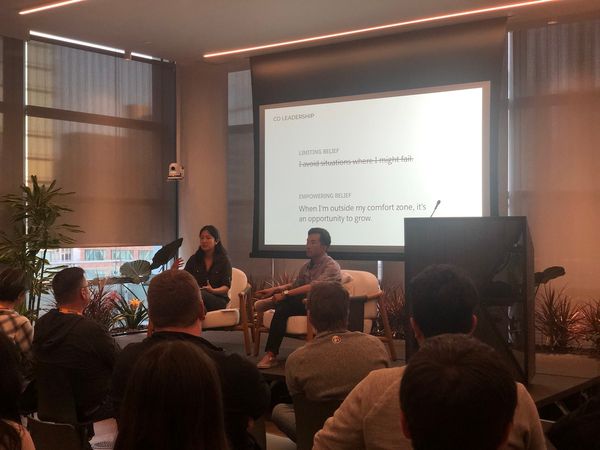 For many years, I thought I had to be tough — and my toughness gave me the thick skin to get through countless computer science classes being one of few women,